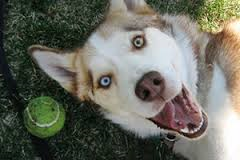 Training your own dog CAN be a positive and fun experience for both of you!

Training dogs using positive reinforcement and reward training has long been recognized as both highly effective for the owner and a positive experience for the dog.  Positive reinforcement training is so important that it is the only method used to train dangerous animals like lions and tigers for work in circuses and in the movie and television industry.
Professional Pet Sitters, Dog Walkers and Mobile Groomers, such as the team at Wagging Tails Pet Sitting & Mobile Grooming in Connecticut, utilize Positive Reinforcement and Reward Dog Training each and every day, on each and every visit.
Proponents of positive reinforcement swear by the effectiveness of their techniques, and it is true that the vast majority of dogs respond well to these training methods.
One reason that positive reinforcement training is so effective is that is uses rewards to teach the dog what is expected of it.  When the dog performs the desired behavior, he is provided with a reward, most often in the form of a food treat, but it could be a scratch behind the ears, a rub under the chin or a pat on the head as well.  The important thing is that the dog is rewarded consistently for doing the right thing.

Reward training has become increasingly popular in recent years, but chances are some sort of reward training between humans and dogs has been going on for hundreds if not thousands of years.
When understanding what makes reward training so effective, some knowledge of the history of humans and dogs is very helpful.  The earliest dogs were probably wolf pups that were tamed and used by early humans for protection from predators, as alarm systems and later for guarding and herding livestock.

It is possible that the wolf pups that made the best companions were the most easily trained, or it is possible that these early dogs were orphaned or abandoned wolf pups.  Whatever their origin, there is little doubt today that the vast variety of dogs we see today have their origin in the humble wolf.
Wolf packs, like packs of wild dogs, operate on a strict pack hierarchy. Since wolf and dog packs hunt as a group, this type of hierarchy, and the cooperation it brings, is essential to the survival of the species.  Every dog in the pack knows his or her place in the pack, and except in the event of death or injury, the hierarchy, once established, rarely changes.
Every dog, therefore, is hard wired by nature to look to the pack leader for guidance.  The basis of all good dog training, including reward based training, is for the handler to set him or herself up as the pack leader.  The pack leader is more than just the dominant dog, or the one who tells all the subordinates what to do.  More importantly, the pack leader provides leadership and protection, and his or her leadership is vital to the success and survival of the pack.
It is important for the dog to see itself as part of a pack, to recognize the human as the leader of that pack, and to respect his or her authority.  Some dogs are much easier to dominate than others.  If you watch a group of puppies playing for a little while, you will quickly recognize the dominant and submissive personalities.
A dog with a more submissive personality will generally be easier to train using positive reinforcement, since he or she will not want to challenge the handler for leadership.  Even dominant dogs, however, respond very well to positive reinforcement.  There are, in fact, few dogs that do not respond well to positive reinforcement, also known as reward training.
Positive reinforcement is also the best way to retrain a dog that has behavior problems, especially one that has been abused in the past. Getting the respect and trust of an abused dog can be very difficult, and positive reinforcement is better than any other training method at creating this important bond.
No matter what type of dog you are working with, chances are it can be helped with positive reinforcement training methods. Based training methods on respect and trust, rather than on intimidation and fear, is the best way to get the most from any dog.
Wagging Tails Pet Sitting & Mobile Grooming Service is a Professional Pet Care Company of 21 years. Founded in CT in 1995, we’ve cared for thousands of pets over the years…a labor of love! www.waggingtails.com